Light therapy restores some sight for man who was blind

By Anastasia Gorelova-Pittsburgh 25/05/2021 portal-2
No Comments 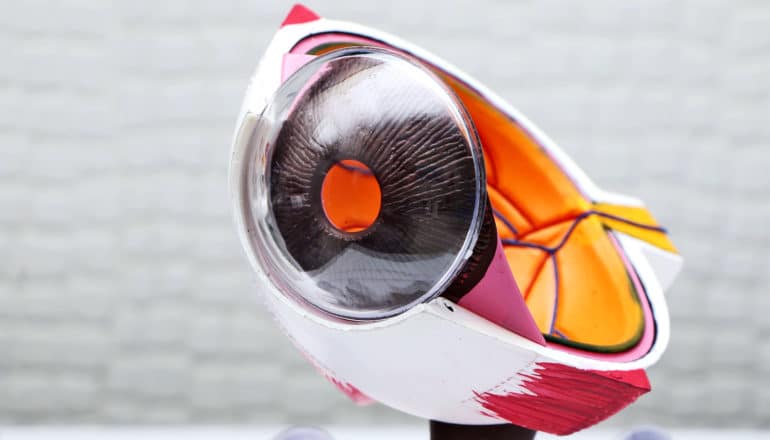 Researchers have for the first time used optogenetic therapy to partially restore the sight of a man who was completely blind.

Optogenetic therapy, or manipulating proteins and cells with light, is an advanced technology developed in the early 2000s that drove major discoveries about the inner workings of our brains. Yet, while actively researched in experimental animals, functional improvement using this method was never reported in humans—until now.

“This paper is a culmination of more than 12 years of work, and I am very pleased to have contributed to this effort with Botond Roska in Basel and all my colleagues at Institut de la Vision in Paris.”

The paper describes the progress of a patient in Paris who 40 years ago was diagnosed with retinitis pigmentosa—a progressive neurodegenerative disease that destroys light-sensitive cells in the retina and leads to complete blindness.

Mutations in more than 71 different genes causes the condition, so developing gene therapies to replace a few proteins to repair broken cellular machinery is challenging and not very effective.

“The eye is a very complex system that allows our vision to adapt to different levels of light,” says Sahel. “But complex systems are very fragile—so when vision disappears, there are few treatments left aside from using prosthetics or reactivating remaining cells in the retina.”

So, the researchers approached the problem from a completely different angle—rather than fixing mutated genes one-by-one in cells that respond to light by activating nerve cells in the retina, they decided to activate the nerve cells directly. That is where optogenetic tools come in.

For this study, published in Nature Medicine, researchers injected the worse-seeing eye of a patient with an adenovirus-associated vector that carried genetic information encoding a light-sensing protein called channelrhodopsin protein ChrimsonR.

Channelrhodopsin proteins, found in glowing algae in nature, respond to light by changing their shape and allowing the flow of ions in and out of the cells. The flow of ions activates the cells and, in the case of neurons experimentally engineered to express channelrhodopsins, causes them to fire and transmit the signal through nerve endings to the brain.

Researchers chose ChrimsonR protein for its preference for activation by amber-colored light, which is safer and causes less pupil constriction than blue-spectrum light, like that from computer screens. The construct targeted ganglion cells of the retina—neurons that collect signals from cones and rods and transfer them through the optic nerve to the brain, where that information is processed to be perceived as a visible image.

To activate the ganglion cells this way, the scientists had to come up with a way to transform the light that bounces off objects in our environment to a single wavelength in the amber spectrum. To do that, researchers used special goggles equipped with a camera that detects changes in light intensity pixel by pixel as distinct events. The transformed image from the camera is then projected as discrete light pulses onto the retina in real time, like a movie projector onto a theater screen.

The results were remarkable. After a period of adjusting and learning how to use the technology, the patient was able to locate, identify, and count different objects using the treated eye while wearing the goggles. The patient could not visually detect any objects before the injection or without the goggles after the injection.

“Adjusting to using the glasses takes time,” says Sahel. “Initially, the patient didn’t find the glasses very useful, but after a few months, he started to see the white stripes on a crosswalk and after several training sessions was able to recognize other objects, big and small.”

The researchers are hoping to start testing the technology in more people in Paris, Pittsburgh and London as soon as COVID-19 restrictions are lifted.

The post Light therapy restores some sight for man who was blind appeared first on Futurity.