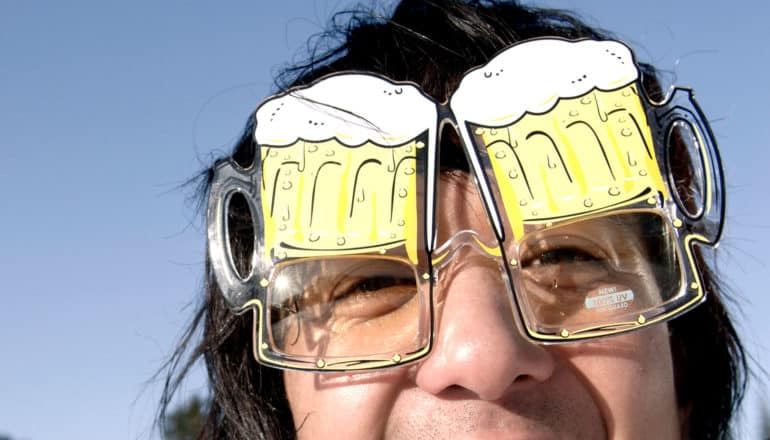 A new scale can effectively gauge how young adults feel when they have been drinking and predict the associated negative consequences, research finds.

The words young adults use to describe how they feel when they’ve been drinking are a key to researchers understanding whether they will engage in risky behaviors such as driving under the influence.

“We wanted to understand which words young adults are using because they are at the highest risk for substance misuse,” says Ashley Linden-Carmichael, assistant research professor of health and human development in the Edna Bennett Pierce Prevention Research Center at Penn State and the study’s principal investigator. “We need a consensus on how young adults talk about the effects of alcohol, so we can measure the effects correctly.”

The scale consists of four evenly-spaced anchor points—slightly buzzed, tipsy/”happy,” drunk, and wasted—and respondents can mark anywhere on the scale.

Crowdsourcing input from young adults in a previous study of Linden-Carmichael’s determined the words used in the scale anchors.

The standard way to measure how intoxicated people feel has been to ask, “How drunk do you feel?” on a zero-to-100 scale. “But different people interpret the word ‘drunk’ in a very different way,” says Linden-Carmichael.

To compare the anchored and standard scales, the research team used data collected from 154 adults ages 18-25 who had reported at least one heavy drinking episode in the past two weeks and combining alcohol and cannabis use at least once in the past month.

They analyzed how the two scales predicted daily-level alcohol consumption and negative consequences over the course of 14 days and found that the four-anchored sliding scale performed similarly well as the standard scale in predicting alcohol-use outcomes. The results appear in a paper by Linden-Carmichael and Brian Calhoun, research associate at the University of Washington, in the journal Experimental and Clinical Psychopharmacology.

A scale for getting high, too

Until very recently, according to Linden-Carmichael, no similar scale has measured the subjective effects of cannabis use. As co-director of the Addiction and Innovation Lab, she is collaborating on research with Prevention and Methodology Training Program postdoctoral fellow Renee Cloutier on a four-anchored scale to report the effects of cannabis that uses the words “relaxed,” “calm/chill,” “high,” and “stoned/baked” as anchors.

She is also working with Alyssa Abrams, doctoral candidate in school psychology, on a study investigating words young adults use to describe how they feel when they use both alcohol and cannabis.

Linden-Carmichael stresses the importance of using research to choose words for ad campaigns designed to prevent driving under the influence, noting that young adults may reject language that doesn’t resonate with them.

“We have to constantly come up with new measures to keep up with how young adults describe the effects of alcohol and other substances,” Linden-Carmichael suggests. “This was a quick survey with meaningful results, and we could easily do it again if we hear that they don’t use words like ‘wasted’ anymore.”